If you’re looking for an action-packed day on the water focused on catching Tarpon, then let YACHTFISH Fishing Charters take you on the trip of a lifetime with a Tampa Bay Tarpon Fishing Charter.

Tampa is world renowned for being a Tarpon Fishing hotspot, and our Tampa Bay Tarpon Fishing Charter will be a favorite for anglers from around the world again this year in Florida! Tarpon season begins with spawning in early May and goes through the end of September. 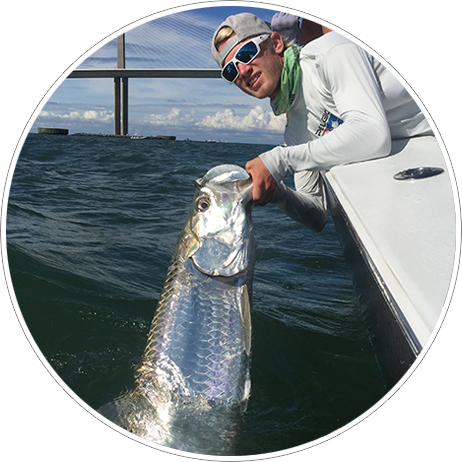 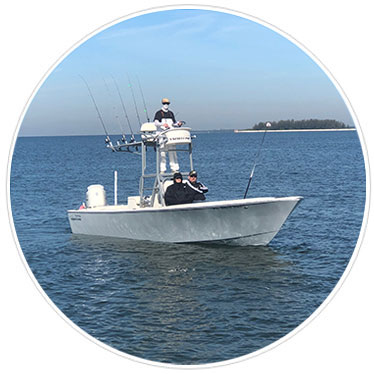 
With YACHTFISH, you’ll enjoy your Tampa Bay Tarpon Fishing Charter in style! At YACHTFISH we only use new model vessels equipped with state-of-the-art safety equipment, electronics and premium fishing gear. The fleet is updated every two years, and we maintain our equipment to be in “like new” condition.

Why choose YACHTFISH for your next Tampa Bay Tarpon Fishing Charter?

YACHTFISH Fishing Charters is the top-rated Tarpon Fishing Charter in Tampa Bay. This isn’t your regular set-up. Our passionate crew has over 25 years of experience, making them experts in providing fishing adventures on the Tampa waters. We have a fleet of top-tier boats featuring state-of-the-art equipment. A successful Tarpon trip requires an in-depth knowledge of the local waters and Tarpon behavior. With Captain Matt and the crew, you get just that. Our private trips are all about providing an experience of a lifetime for all skill levels. Whether you’re new to fishing, or a seasoned expert, we’ll customize a Tampa Bay Tarpon Charter just for you! Our guidance and customer service are second to none. Book your trip with YACHTFISH Fishing Charters early! You’ll be glad you did.

We will customize a Tarpon fishing charter trip just for you! Whether it’s sight fishing the beaches, looking for Tarpon rolling through the passes, searching the bridges or even breaking up the day with waterside dining, we can do it. Take the first step towards experiencing your Tampa Bay Tarpon Fishing Charter by booking your trip with YACHTFISH today. Fill out the form or CALL or TEXT (727) 433-4200 now!